Trapped on the Highway 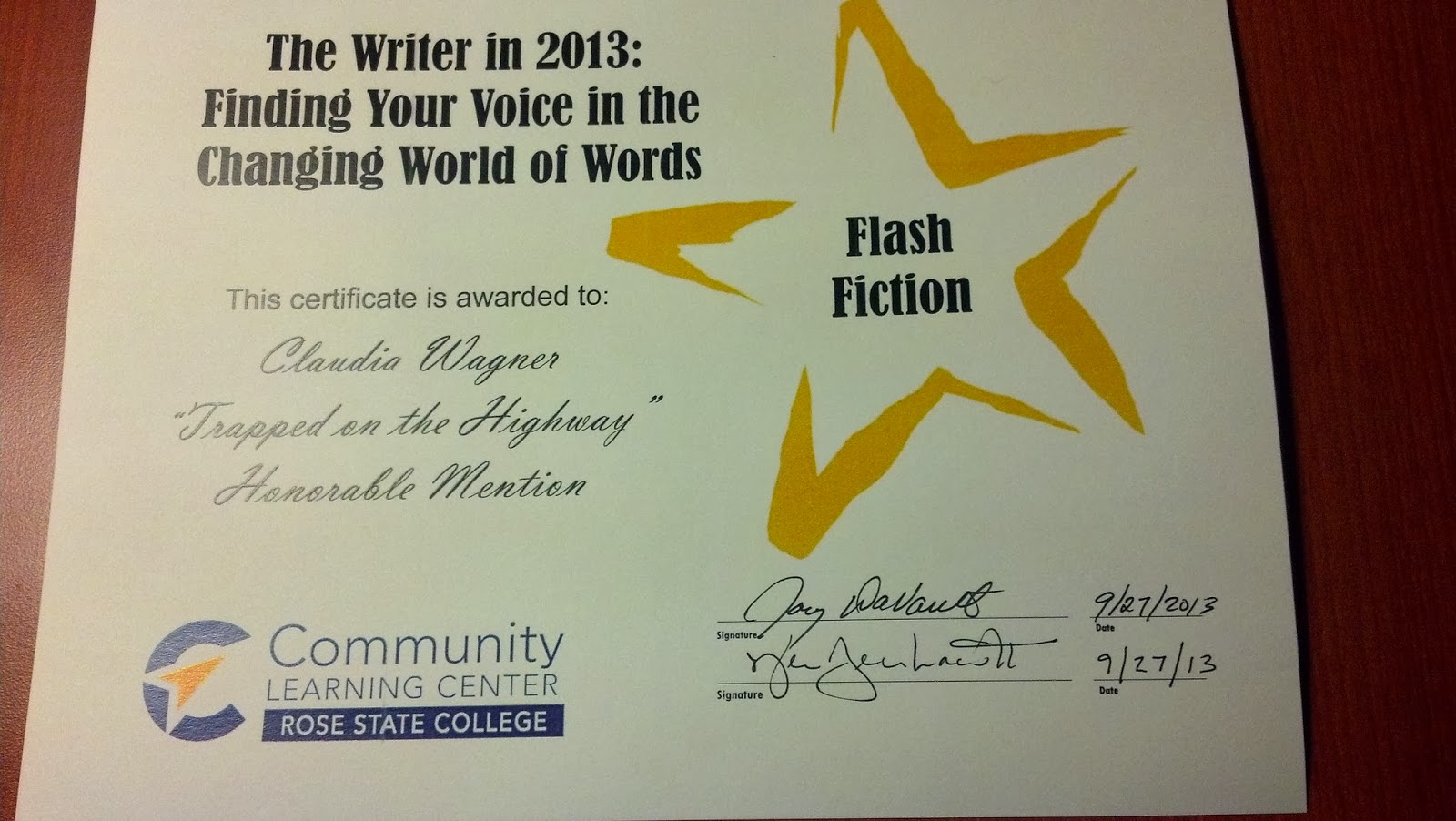 
I was supposed to be at Uncle Henry’s funeral Tuesday. Aunt Jenny’s going to get everything. He never liked her, but he said you had to be there to inherit. Can’t say I ever liked her much either.


Millions down the drain.


Listen to that ass. Why doesn’t he just shut up. What’s he got to complain about? He’s four cars and a stock truck ahead of me. Upwind of that damn farmer. He doesn’t have to smell those animals. Why are stock trucks even allowed on public highways?


And when they dropped food and water, didn’t he get as much as anybody? Probably more than I got. Two days. Guess I should be grateful it hasn’t been hot or I’d smell like that farmer’s dumb animals. “Dumb.” That’s a joke. Nothing silent about them. I’ve got something in the glove box for them and that guy up ahead of them, too.


Screaming? Now what? Where’s that coming from? The car behind me? No. Two cars back. Some woman. Looks like she’s pregnant. That’s all we need. Probably in labor. Why is she even out in this? Some people make no provisions for themselves.


Taking someone out, you say? Probably the pregnant woman. Normal, healthy people get shunted aside. Told to be quiet. Take what we’re given and be satisfied.


That is the biggest damn cop I’ve ever seen. What’s he saying? Me? He’ll help me?


I tell him this is a dangerous situation. 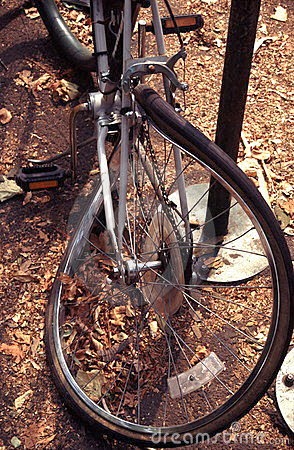 Grace and I are in Midwest City, Oklahoma, for the Rose State writing conference. So how do we pass the time before Opening Ceremonies?  We do a writing exercise. The prompt: You wake up by the side of the road lying next to a bicycle with no memory and no wallet. What happens in the next hour?   Page 52 from 642 Things to Write About.
“Hey, mister.”
The funny little man seems to be talking to me.
“What’s your name?” he asks.
My name. Odd, but I can’t think what my name is. I think it’s something common like Bill or John. I don’t know.
“That’s my bicycle you know.”
He’s glaring at me like I’ve done something wrong. Actually I didn’t know it was his bicycle. What do I care whose bicycle it is?
He’s shaking the mangled bike at me. “Look at that.”
I can see it’s broken. What has that got to do with me? My head hurts.
“You’re responsible.” His face is as red as his hair.
“Look. I’m really sorry.” What else can I say? I don’t know how I’m responsible. I’ll give him a few bucks to fix the damn thing. It looks old anyway. Well, shit. My wallet’s gone.
Maybe he’ll let me catch it tomorrow. “I’m sorry.”
“You said that already. I want to know what you’re going to do about it.”
He looks threatening. Like someone less than five feet tall can look threatening. And wearing bright green pants? I don’t think so.
“Don’t laugh at me, mister,” he says.
Maybe he is dangerous.
“No. No, of course not.” I need to sit down. My head really hurts and I think I’m going to be sick. It doesn’t seem funny to me either.
“Do you see that kettle?” He’s pointing at an old iron kettle. Not huge, but maybe a three-gallon size.
“Yes,” I say. “It’s broken, too.”
“I know it’s broken, too,” he says and clouds up like he’s going to cry.
In fact, the sky has clouded up, too.
He sits next to me and blubbers, “The gold’s all gone.”
“I’m sorry,” I say. And I really am, but I don’t know what he’s talking about. I really don’t.
And the next thing I know lights are flashing and this big guy in a uniform is bent over me asking, “What’s your name?”
Check out Graces take on this writing prompt at   http://bit.ly/19G1ySG
﻿
Posted by Claudia Bookwright at 11:32 AM No comments:

Grace and I are at it again. Here is the writing prompt we used today. From page 260 in 642 Things to Write About. Start a story with the line "My mother broke every plate in the house that day."
My mother broke every plate in the house that day.
Not every one. She didn't break the commemorative ones that hang on the wall in the dining room. You know, the one of the Methodist Church built in 1915 and the one with a picture of the Bad Lands in South Dakota. None of those.
But all of the ones we ate on. The ones my grandmother gave us. Not Momma's mother. Dad's mother.
They were pretty plates. They had roses on them. And the cups were lovely. Small with a pedestal on the bottom. Dad always complained about those little cups. He said you couldn't get more than a mouthful in them and that got cold before you could drink it.
Ever the peacekeeper, Momma would refill his cup and say, "But your mother worked hard to get us these."
There was nothing he could say to that. Grandma did work hard. But, she never had much money.
That day, in the middle of the afternoon, I found Momma and Grandma sitting in the living room. They watched Days of Our Lives while the dining room looked like a hurricane hit. White bits of china blanketed the floor like hail--a tiny red rose here and there.
And those two women in front of the TV as calm as could be. I always thought my mother loved those dishes that Grandma gave her. Add to that the fact that Momma hated the sound of breaking glass worse than thunder. And I'd never seen Grandma just sit when anything needed cleaning up. I was afraid to imagine what was going on.
"Sit here Rosie, darlin'," my Grandma said to me patting the couch between her and Momma. "I won the Powerball today. Your Momma can have any dishes she wants."

Check out Grace's response to this prompt: Click  here
Posted by Claudia Bookwright at 10:03 AM No comments: 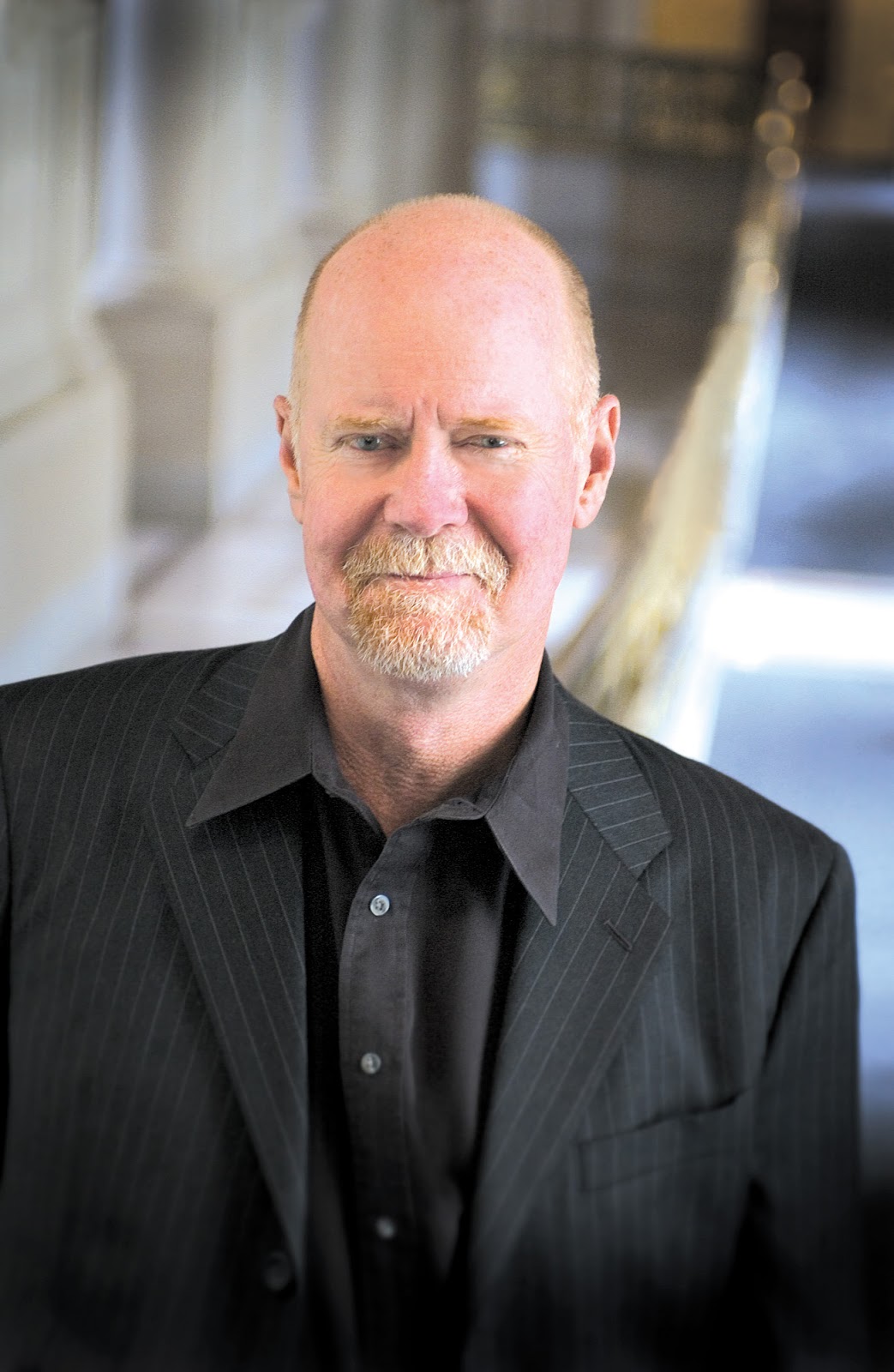 Do you know who this is?
He's a celebrity author. He is one of the "world’s bestselling and critically acclaimed thriller writers" according to the publisher Simon and Schuster who's coming out with an anthology of stories from 23 thriller authors next year.
Admittedly my sense of celebrity seems not to fit that of our general society. I have little interest in athletes or entertainers. Though I can admire the feats of a Michael Jordan or a Maggie Smith, I can't say that I would go out of my way to sit next to them at dinner. Though to be at table where they sat next to each other might be interesting.
Celebrity writers, on the other hand, I would go out of my way to sit next to at dinner or at the same table or in the same hall. Wouldn't it be grand to listen to Ken Follett and hear him say in person that he did not sell his first novel nor indeed, his tenth? If he who has written so many good books and been so often published did not sell his first one then there is hope for me. And J.K. Rowling whose Harry Potter series was rejected by umpteen publishing houses before Scholastic picked it up, then my Rafael Sirocco series has a chance.
Okay, for those two celebrities, it's more about me.
Sometimes my admiration is for writers who have lived through and written about history that I'm interested in. Kurt Vonnegut, Jr.'s novels are among the best in American fiction, but for me his celebrity status comes from his own life experiences. He was a World War II prisoner of war held in Dresden, Germany, during the Allies' bombing and subsequent firestorm there. Later, his work with PEN International to focus attention on the plight of writers being persecuted in their own countries.
Maya Angelou is in this same category of celebrity writers because of whom she had known--from famous leaders in our country's civil rights movement to unknowns in that same struggle. I get a thrill every time I drive through Stamps, Arkansas, because I know she lived there as a child.
Then there are some of my favorite authors--John Irving, Robert Jordan, John Lescroart (That's his photo, by the way.) Diane Mott Davidson, Donna Leon, Patrick O'Brien. These are the writers I come back to time and again. Not because they feel like celebrities to me. I'm not even particularly interested in meeting them. It's their characters that I would like to spend time with, talk to, or just admire in person.
I would like to know:
John Wheelwright, best friend to John Irving's Owen Meany, from A Prayer for Owen Meany my favorite novel. It's about growing up. It's about friendship. It's about living with disability and mortality.
Egwene, the country girl who becomes the head of the greatest institution in Robert Jordan's Wheel of Time world. She is only one of literally a world of characters with whom I would gladly spend time. Well, all except the truly scary villains and terrifying creatures. Those can stay on the pages of the book.
Dismas Hardy and Abe Glitsky and their families from John Lescroart's San Francisco based crime novels. Beginning with the first of these novels we meet these people and follow them as they build their lives together. Maybe we could all meet at Lou the Greek's for lunch.
Goldie Bear from Diane Mott Davidson's culinary mysteries. We follow Goldie and her best friend (who happens to share the same abusive ex-husband whom they both refer to as 'the jerk') and Goldie's son as they get involved in murder mystery after murder mystery. Goldie does meet and marry a Colorado, sheriff's detective named Schultz. Nice man. Nice country, since that's where I live. Goldie is a caterer so naturally there are recipes included, most of which I've tried in my own kitchen.
Commissario Guido Brunetti from Donna Leon's murder mysteries set in Venice, Italy. This  policeman knows the vicissitudes of the Italian justice system but works to solve crimes and bring the bad guys to some kind of reckoning anyway. He loves and respects his wife. The stories don't always have an ending that satisfies my just-desserts sensibilities, but they feel real and I understand Brunetti's cynicism. Couldn't we have a great discussion about right and wrong?
Patrick O'Brian's Jack Aubrey from Master and Commander and the other books in this series that follow the British navalman through the Napoleonic wars. And let me just say Jack was hot in the books before the movie folk cast Russell Crowe to play him in the movie version. I might even flirt a bit.
Posted by Claudia Bookwright at 11:32 AM No comments: