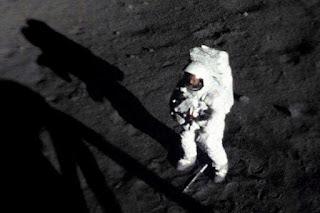 Neil Alden Armstrong
On a grainy black and white television, I watched Neil Alden Armstrong step on the moon July 20, 1969.
People completely disinterested in the event filled the room. Old people whose first trip away from small-town Oklahoma was to go to WWII. And a baby less than two-weeks-old, visiting from its small-town in New Mexico. That baby’s older siblings argued and played with their dog. The baby’s parents, grandparents, and an assortment of other adult relatives chatted and cooed. I felt like I was the only person in the room who cared about the picture on the TV, being received in an American heartland room, live from the moon. And maybe that day, I was. At least in that room.
I knew that with that small step and giant leap we as a species were starting our emigration away from our natal planet.
We all come from a long line of immigrants. My great-grandparents came from the old-country. Someday one of my great-grand-children or great-great-grandchildren will say they came from the old-world. And their new world will truly be a new world, not just a new continent, or a new country, or a new neighborhood.
I do not believe that I will visit a colony on the moon. But I do believe that I will live long enough to see other people do just that. Average people. Not only highly trained, physically fit astronauts hired by and representing this nation or that one. But a geologist from a state university somewhere in this old world, going to do research. A teacher husband joining his doctor wife. He will be one of many to teach the colony’s children. And she will be one of many to provide professional support to the colony’s growing population. A population of miners and mechanics and technicians and restaurateurs and grocers and all the other people who make a community thrive.
That teacher will teach the children about astronauts from the 20th Century who rode the ships into space. He may not take the time to teach them about the dreamers and the scientists and the regular people just like them who made it possible for humans to out-migrate from Earth. But he will teach them about Neil Alden Armstrong, the first human being to stand on the moon.

Posted by Claudia Bookwright at 5:48 AM No comments: 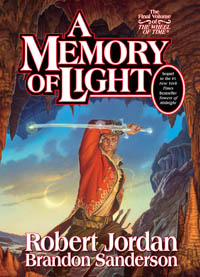 January 8, 2013. Make note of that date. The final book in the Wheel of Time series will be available!!!!
I guess this means I will not have to locate Brandon Sanderson and let the air out of his tires after all.
Of any series The Wheel of Time is the best example of the inherent misalignment of readers and writers. We can read faster than they can write…and edit… rewrite… edit… publish…distribute and be discovered by us, the reader.
I have waited so long. But not nearly as long as those of you who started reading WoT when The Eye of the World came out in 1990. You know, twenty-three years for fourteen books, really is not so bad. Especially if you consider that the author died before he could complete what he thought would be the twelfth and final book.
It just feels like forever when you’re caught up in the story and want to know what happens next. Will Voldemort get his in the end?
Excuse me—wrong series. You’d think that Harry Potter would have prepared me for Wheel of Time since I didn’t start reading WoT until after the final Harry Potter came out. Was that 2007, only five years ago?
Yes, I came to the series only after they announced that Brandon Sanderson would be completing it. Forgive me, those of you out there who have been slogging away at this for long enough to become grandparents. Not to mention losing the author before he finished and not knowing that he had left sufficient instructions for someone else to finish it for you. Then not knowing if the relief author would have the stamina and fortitude to finish it right.
That we still don't know, do we? Check back with me the Ides of January.
Tor has kindly made available  some excerpts for those of us who cannot wait another minute. From the first chapter of A Memory of Light  http://www.tor.com/stories/2012/07/read-an-excerpt-from-chapter-one-of-a-memory-of-light and from the eleventh chapter http://www.tor.com/stories/2012/09/a-memory-of-light-chapter-11-excerpt
And the books are all so long, I almost hated to start each one. But then as I neared the end of Robert Jordan's books and the Sanderson ones were not yet available I slowed my reading to draw it out as long as possible. Repeating with each of the first two Sanderson WoT books. Then I would re-read in preparation for the next one.
Hmmm. If I started tonight, perhaps I could finish re-reading by January 8.
Maybe just the most recent four or five books.
I do have a life to live, laundry to do, a book of my own to finish writing.
Posted by Claudia Bookwright at 5:50 AM 1 comment:

What are you reading now? What have you read recently?
Do you get as excited about your favorite author’s new book as you do about a new movie?
When was the last time you shared a book with a friend?
If these questions bring pleasant or passionate thoughts to mind, you may have the tools to write.
We need as many of our fellows’ thoughts and words as we can gather in and reshape into our own stories. King’s plots and Dickens’ characters. Austin’s romance and Asimov’s visions. We need Hawking’s history of the universe and Gould’s history of life.
What am I reading? Last night I finished Philip Margolin’s Gone But Not Forgotten. I’m in the middle of Dickens’ Tale of Two Cities. And I just got Carl Sagan’s The Demon-haunted World  and Pale Blue Dot. Which to begin first? It’s marvelous to live in the midst of plenty.
Look beside your bed, beside your favorite chair. Check your e-reader. Are you surrounded by humanity’s discoveries and dreams? If not, then you must visit your library, my friend. Or your favorite bookstore. It matters not whether brick and mortar or virtual. Just do it. READ.
Posted by Claudia Bookwright at 9:02 AM No comments: 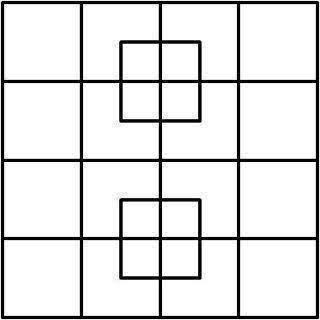 Count the squares
I’ve been thinkin’ again. You don’t know this about me. But I think a lot. Then again, you probably do know this about me, because it’s true of you, too. It’s the human condition—we think a lot. And I’ve been thinkin’ about what it is we think about.
My first inclination is to think that we spend most of our time thinking about problems, but I don’t think that’s true. I think we think mostly about solutions. Even in leisure moments we seek out problems so we can think about solutions. That’s how we read the papers. The front page so we can think about solutions to weighty state and national and world problems.
But it’s the puzzles that we spend more time actually focusing our thoughts on. And the harder the Sudoku, the better. When we do solve the crossword puzzle, we enjoy our success, but not for long. A solution found sends us looking for another problem to solve.
The better mouse trap is never invented to make money or even to catch a better mouse. It’s the solution to the next problem.
Posted by Claudia Bookwright at 5:06 AM No comments: